What Is A Difference Between A Tie Beam And A Plinth Beam?

What is the purpose of the beam in the building?

Beam, as we all know, is a 2d structural element of a frame structure or a beam-supported structure. The basic purpose of providing a beam is to transfer the imposed load both dead and live to a wall or column whatever is designed on the basis of the structural requirement of a building. Beams are meant to resist bending or flexural stresses as a major one with shear stresses as minor ones. The reason and/or purpose for providing a beam in a building is to span a gap or to have some space or opening like that of a door or a window. 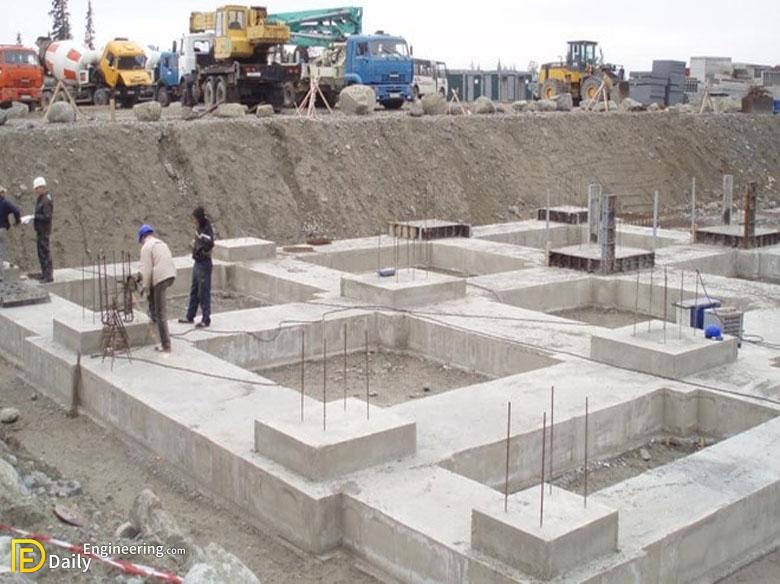 What is the plinth level in the building?

The plinth level is basically the level of the ground floor top which is usually kept higher than the ground level. By ground level, we mean the natural surface level. The ground floor level is the surface finish level of the inner part of the building. The reason to make the plinth level a bit higher than the ground level is to prevent the rain or other runoff water from coming inside the building and on the other hand provide sufficient drainage to the surface water of the building. “The extent of the level is decided to keep in the view the future trends in the locality like raising of the road level etc”.

What is Plinth Beam? 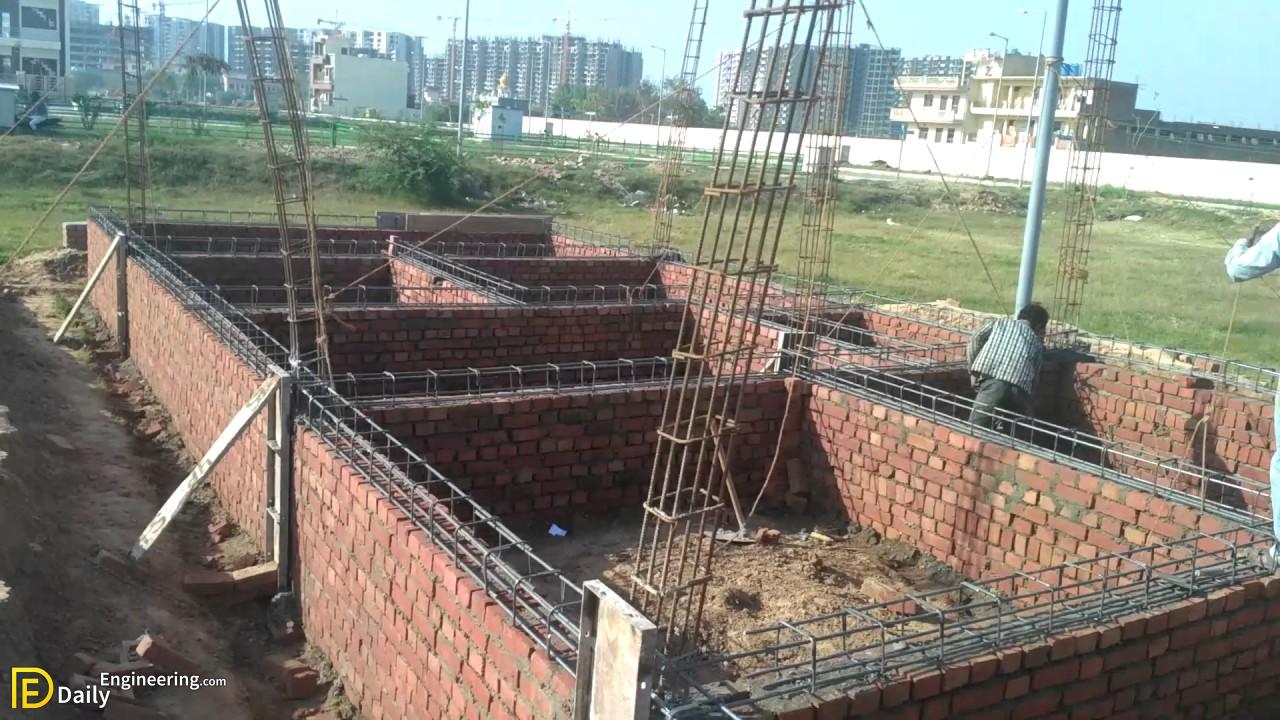 Plinth beams are usually used in case the foundations are a bit deeper and thus they act like a bracing or tying element. One more reason to provide a plinth beam is to avoid differential settlement in a building this is due to the reason that all the load of the wall is then carried by the plinth beam underneath. In a skeletal system which is the other name of a framed structure; the plinth beam is the first beam to be constructed after foundation. As the finish floor level of the ground floor is kept higher than the ground level; the empty gap and void are filled with compacted soil so as to achieve a stable surface for the floor to be constructed.

The plinth beam is usually expected to be strong enough to carry the superimposing brick wall as well tying the columns and the structure. Keeping in view the structural requirement of a building; the plinth beam can either be reinforced or non-reinforced. However, usually, these days plinth beam is reinforced which is also recommended as per the seismic codes of certain countries.

Well, this is a very interesting question because there are a lot of factors that are to be considered for deciding the ideal height of the plinth beam. The two major factors you must consider while deciding the plinth height for your building are –

2- Re-carpeting cycles of pavement in your area.

Mostly the natural ground level of the plot is deeper than the road highway level so if the plinth is not provided the plot would be mostly immersed in water until dried naturally by the sun. So keeping in view the road surface runoff level and draining condition of your area you must decide on such a level that would make your house safe from any runoff from surroundings.

In most municipalities, the overlaying of concrete local roads is usually done after a year or so without chipping off the original road surface so you must decide on such a height for your plinth so that any re-carpeting may not affect your house from dampness and surface runoff.

What is Tie Beam?

A tie beam in structural engineering is like a primary beam that connects two columns at any height above the floor level.

The tie beams are designed to carry the superimposed load of the walls either brick or blocks above and also the different settlement load of the building.

A tie beam is usually recommended for a column when its height is more than 4 to 5 meters. However, the designer must keep in check the bending length of the column to make them non-slender.

Have you ever thought about why the footrest is provided in a chair? It is actually meant to tie the four legs of the chair so as to reduce the opening or the dispatching force within the legs of the chair. I hope you are now able to answer what is the difference between a plinth beam and a tie beam along with some bonus questions like what is plinth level; what are primary beams; what are secondary beams. You have also understood why the plinth beam is provided and why the tie beam is provided. What is the effect of the tie beam on the columns or what is the effect of the plinth beam on the columns?

Have you ever heard of a strap footing? Strap footing arrangement is mostly used when the columns are eccentric due to property restriction. So in order to avoid the extra moment due to the eccentricity of columns a tie beam is provided which connects two isolated footings. This type of tie beam is also called a strap beam. The horizontal main reinforcement of strap beams is developed into the isolated footings and the level of the strap tie beam is slightly higher than the foundation level of the footing. 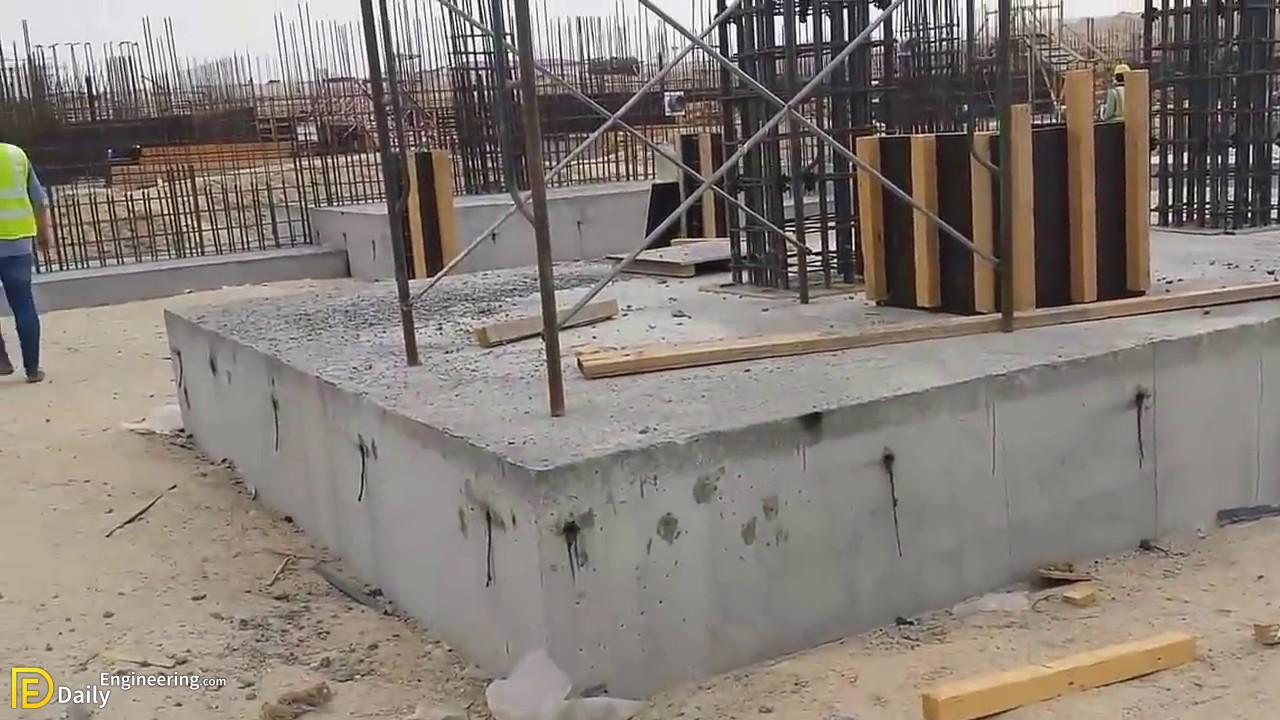 The construction procedure of the plinth beam and tie-beam is similar in nature. After achieving the level of construction for either of the plinth and tie-beam reinforcement are fixed including the main reinforcement at both top and bottom. Ties are properly fixed are designed space keeping in view the cover of the beam. The formwork and shuttering are then fixed properly the supports are checked so as to avoid any displacement or offset in construction. The concrete is poured either by the Transit Mixer machine or manually through buckets depending on the nature and scope of the project.

What is Lintel Beam? 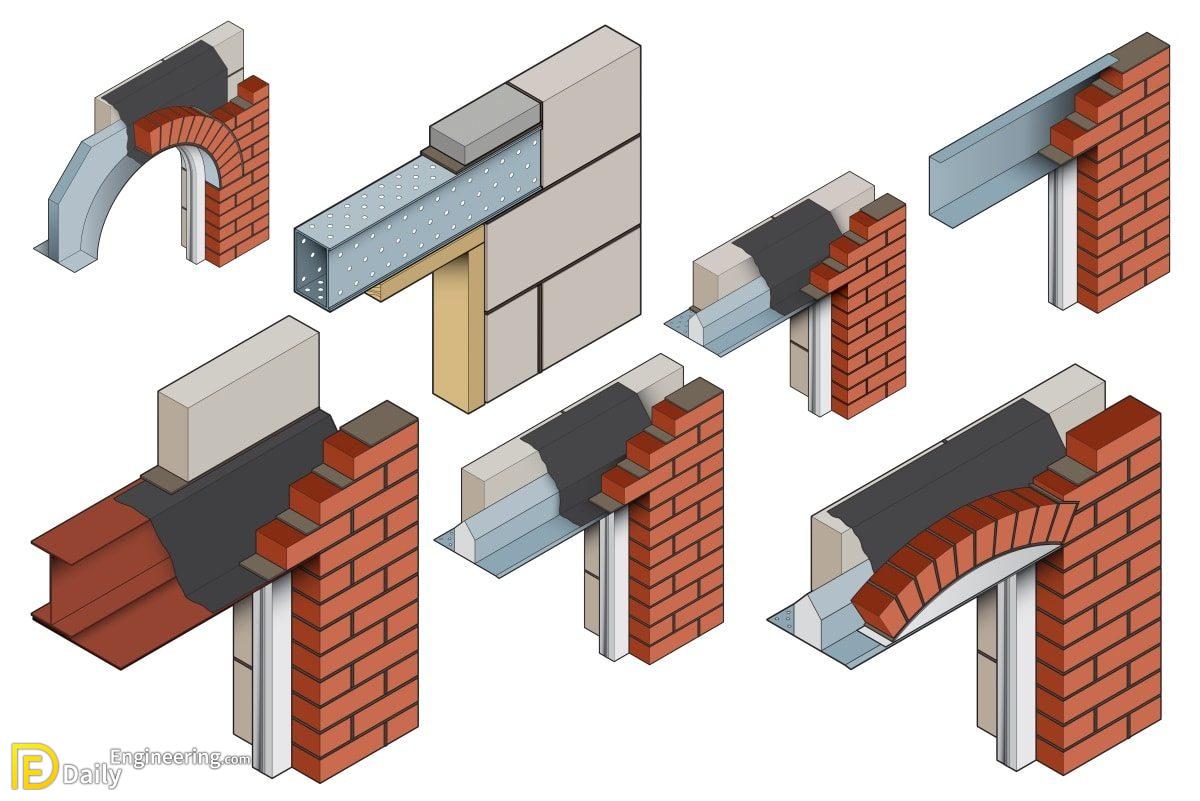 One purpose of providing a lintel beam is also to make the building sustainable in case of seismic effects. As the weight of the brickwork above the opening is transferred directly to the lintel beams and as the opening area is a comparatively weaker area where cracks and ultimate failure may occur in the absence of lintel beam. Lintel beams can also be decorative, load-bearing, or a combined ornamental structural beam.

Well, the answer to all the questions about the necessity of plinth beam; depends on the type of structure, type of loads the structure is exposed to bear, the purpose of the building, etc. According to different codes of the regions; a plinth beam is mandatory for areas that are prone to earthquakes.

The plinth beam also protects the brick or block masonry walls from dampness and thus eliminating the need for a Damp Proof Course (DPC) which includes the application of bitumen and polythene sheets. Another very common problem in old buildings was reported to be a differential settlement which damages the walls in the absence of a plinth beam. So if the plinth beam is provided with the differential settlement can be avoided and thus the walls can be saved from damage.

For More Information Watch This Video

How To Reuse Of Plastic Bottles In Construction

Components Of Road Structure And Method Of Construction

How Do I Calculate Shuttering Quantity For Beams And Columns?

How To Reuse Of Plastic Bottles In Construction