A tower crane is a machine designed to load and unload different materials. This load is distributed through the use of a hook and rigging that remains suspended thanks to the use of a cable. In addition, it performs its corresponding displacement on a car and has rotating support that is usually mounted on top of a vertical tower. The tower crane is often secured to the ground within the structure, where the space around the building is limited. A common modern engineering technique is to fix the crane to the lift shaft site – lifting it to higher elevations as the construction progresses – and ending the well once the crane has been dismantled. 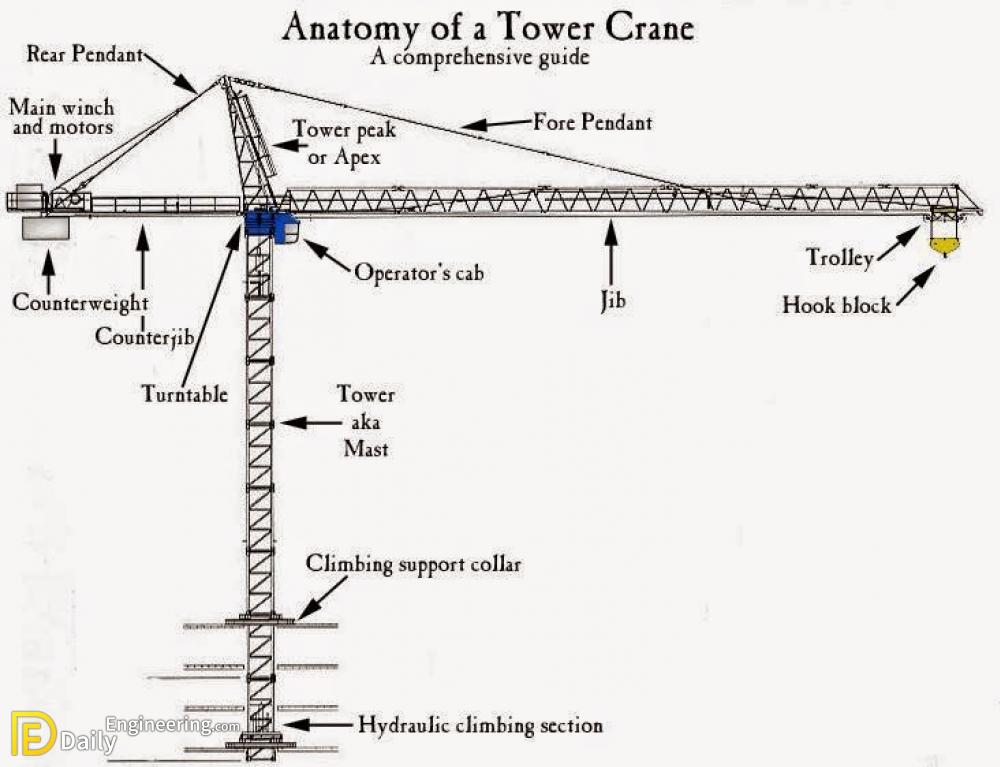 1- The crane has a base that is attached to the bottom of said tower.

2- Uploads and downloads made with great frequency.

3- Make many transfers between various locations.

4- Where the tower crane is most used are the construction works.

5- They have the ability to reach great heights. 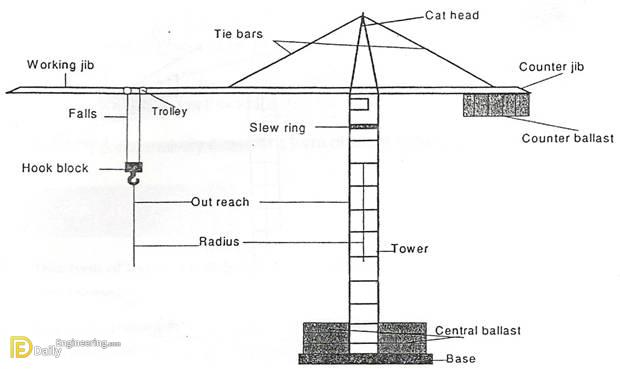 The parts of the tower crane are composed of several parts that are fundamental to perform the work in the construction of a work, these parts are:

MAST: It is a structure of the metal lattice of a normally square section, whose main mission is to provide the tower crane with sufficient height. Normally it is formed by lattice modules that facilitate the transport of the crane. For assembly, these modules will be joined by screws, all of which will be connected to the projected height. Its shape and dimension vary according to the necessary characteristics of weight and height. In the upper part of the mast is the rotating area that gives the crane a 360º horizontal movement. Also depending on the model, you can have a cabin for its operation by an operator. 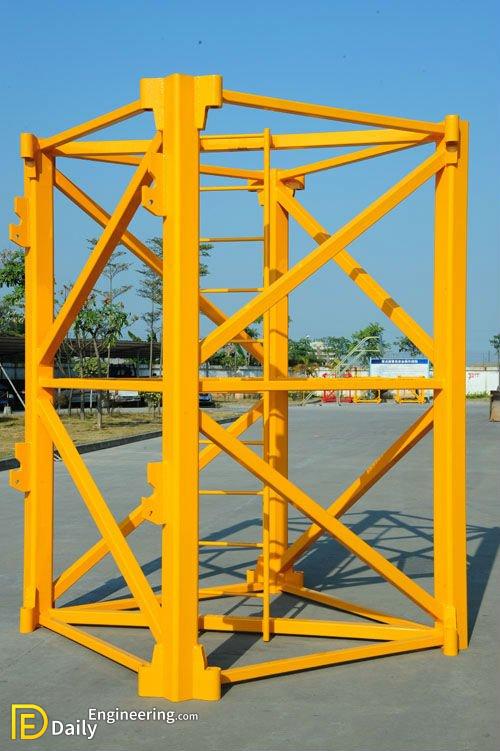 JIB: It is a metal lattice structure of a normally triangular section, whose main mission is to provide the crane with the necessary radius or range. It is also called a pen. Like the mast, it usually has a modular structure to facilitate its transport. To move the specialized personnel during the assembly, revision, and maintenance work along the arrow, there will be a longitudinal element, a safety cable, to which the safety belt carabiner can be attached. 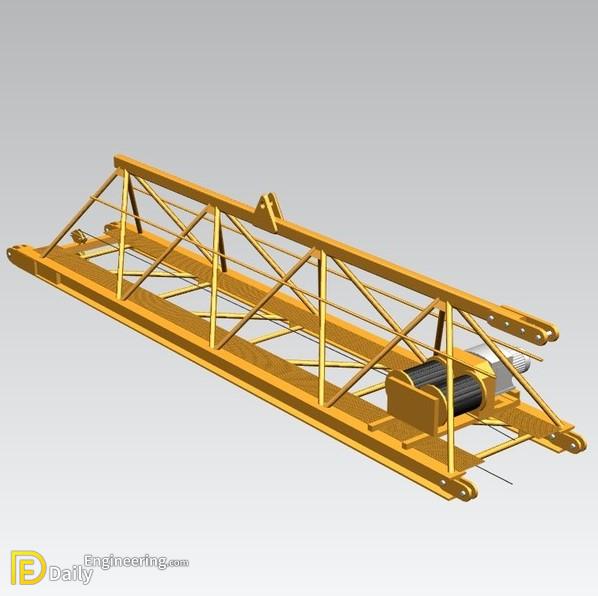 TROLLEY: Consists of a car that moves along the arrow through some lanes. This movement gives the necessary maneuverability in the tower crane. It is metallic so that it supports the weight to be lifted. 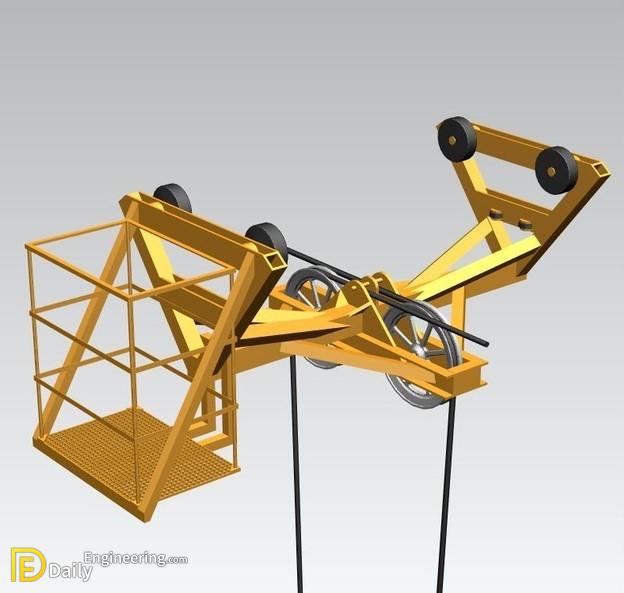 In this section, we see the base of the tower crane, the counterweights, cables, hooks, and load and transfer equipment.

COUNTERWEIGHT: Prefabricated concrete structures that are placed to stabilize the weight and inertia that occurs in the arrow of the crane. They must stabilize the crane both at rest and in operation. Both these blocks and those that form the ballast must have identified their weight legibly and indelibly. 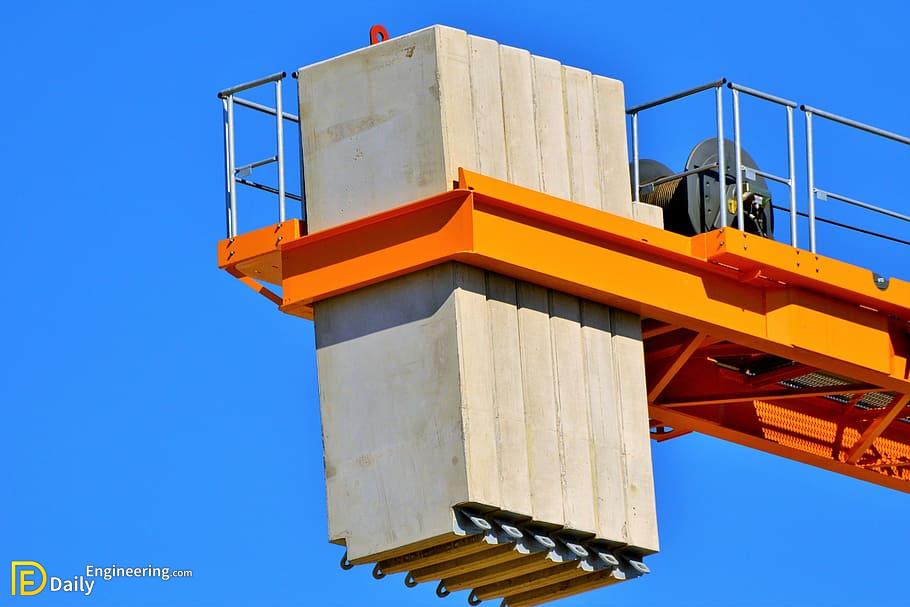 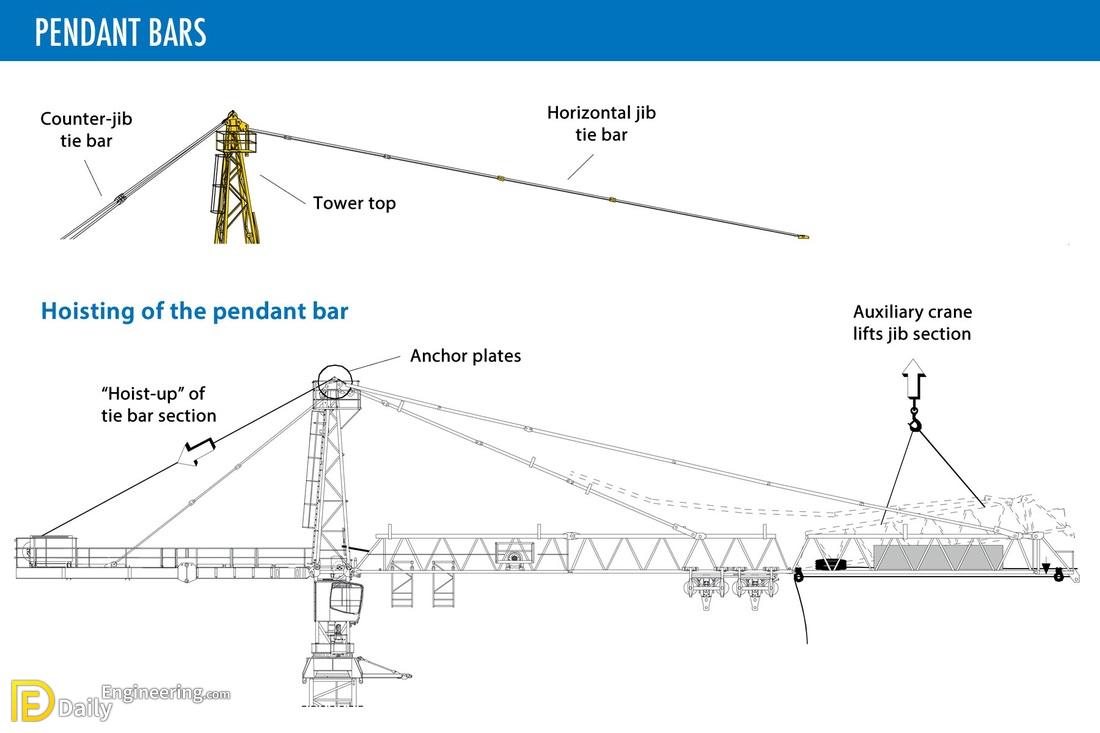 It is formed a robust base formed by several metal profiles, forming on them a kind of catwalk to facilitate the passage of personnel from the mast to the counterweights. The sections of the profiles will depend on the counterweights that will be placed.

CENTRAL BALLAST: It can be formed by a buried shoe or by several pieces of prefabricated concrete at the base of the crane. Its mission is to stabilize the crane against its own weight, the weight it can transfer, and the adverse environmental conditions. 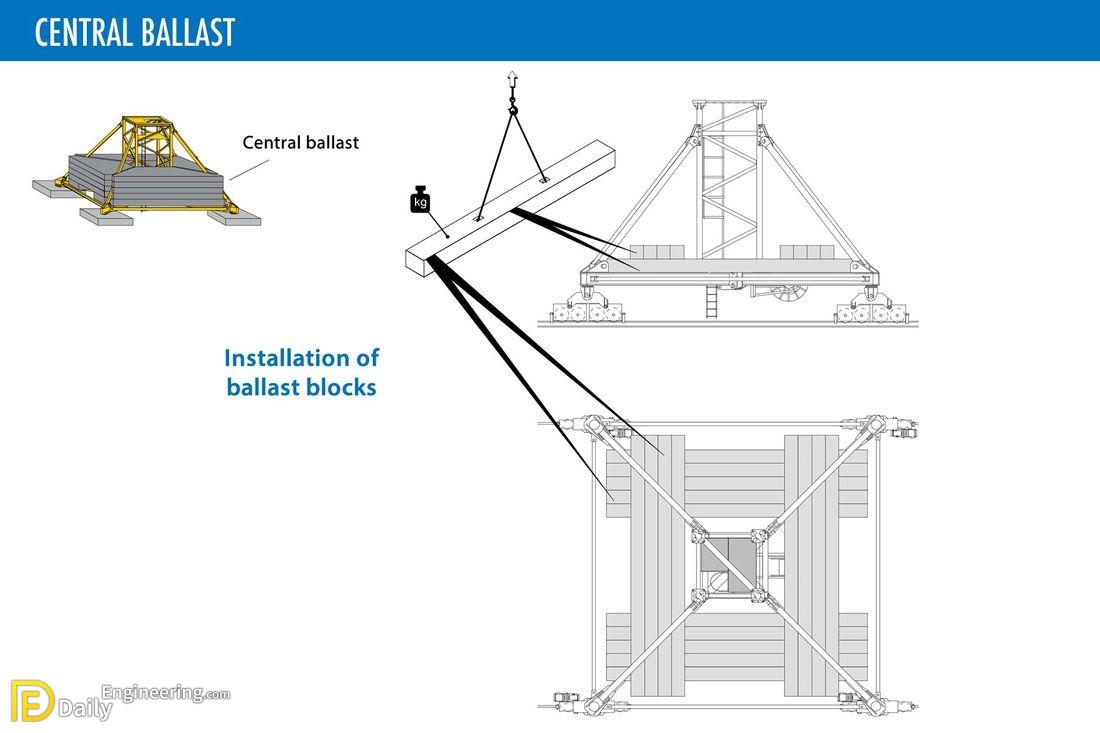 HOOK: The cable of elevation is one of the most delicate parts of the crane and, to give an adequate performance, it must be used and maintained correctly. It must be perfectly tensioned and a periodic follow-up will be carried out so that, during its winding in the drum, it does not cross over, as it would cause crushing. 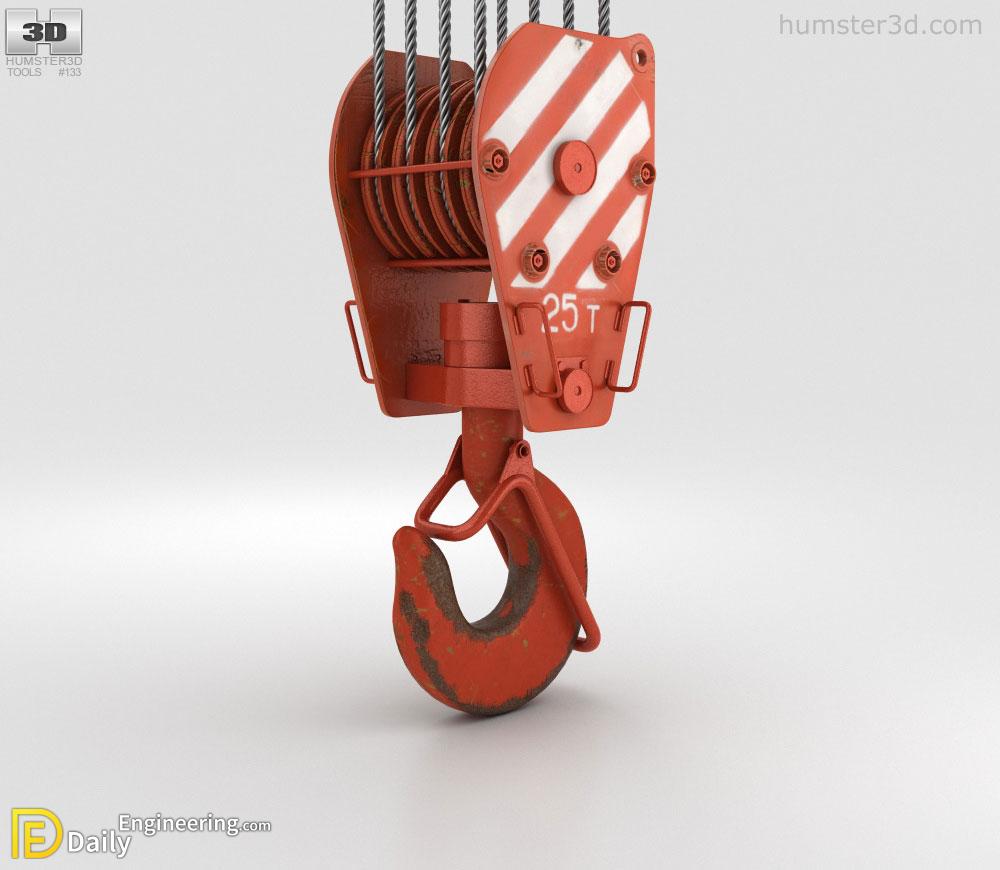 The most generic tower crane consists of four electric motors:

1- Lifting motor: This allows vertical movement of the load.

2- Distribution machine: Gives the movement of the car along with the boom.

3- A machine of orientation: It allows the rotation of 360º, in the horizontal plane, of the upper structure of the crane.

4- Translational motor: Displacement of the crane, as a whole, on rails. To perform this movement it is necessary that the crane is at rest.

The tower of the crane can be embedded in the ground, immobilized without wheels or movable on straight or curved tracks. The assembly operations must be performed by qualified personnel. Likewise, the maintenance and conservation operations will be carried out in accordance with the standards given by the manufacturer. 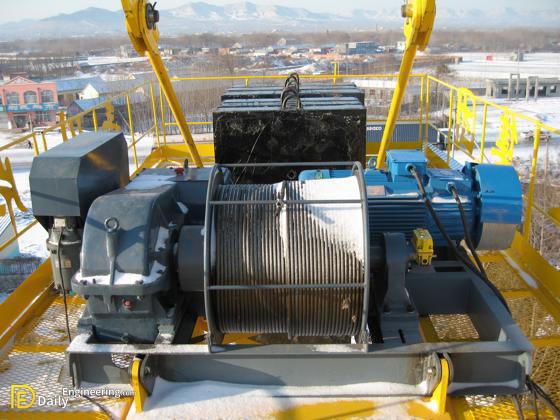 You can see these huge loading machines, very similar to each other and fulfilling the same function; to be combined vertical and horizontal transport equipment, however, by observing them carefully, it can be proven that they are in fact very different from each other.

Its base does not possess means of translation or, being possessed, they are not usable at the site of the construction work. They are those in which the base is a foundation or any other fixed set; also known as a fixed tower crane. 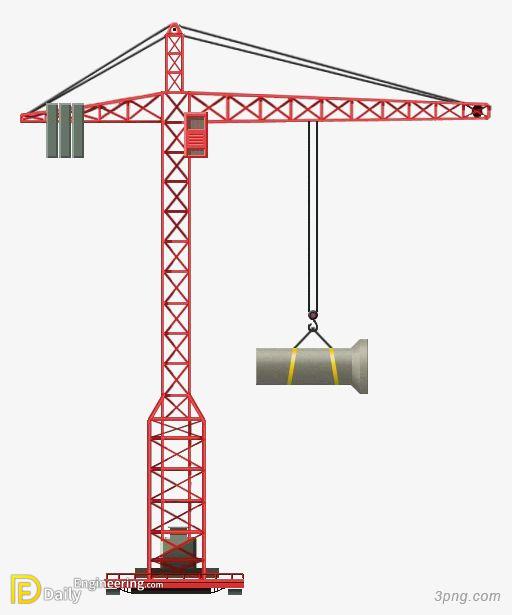 Is one whose base is equipped with its own means of translation on rails or other mobile means and whose maximum height of assembly is such that without any additional anchoring means is stable both in service and out of service, for the requests to which it goes to be submitted. 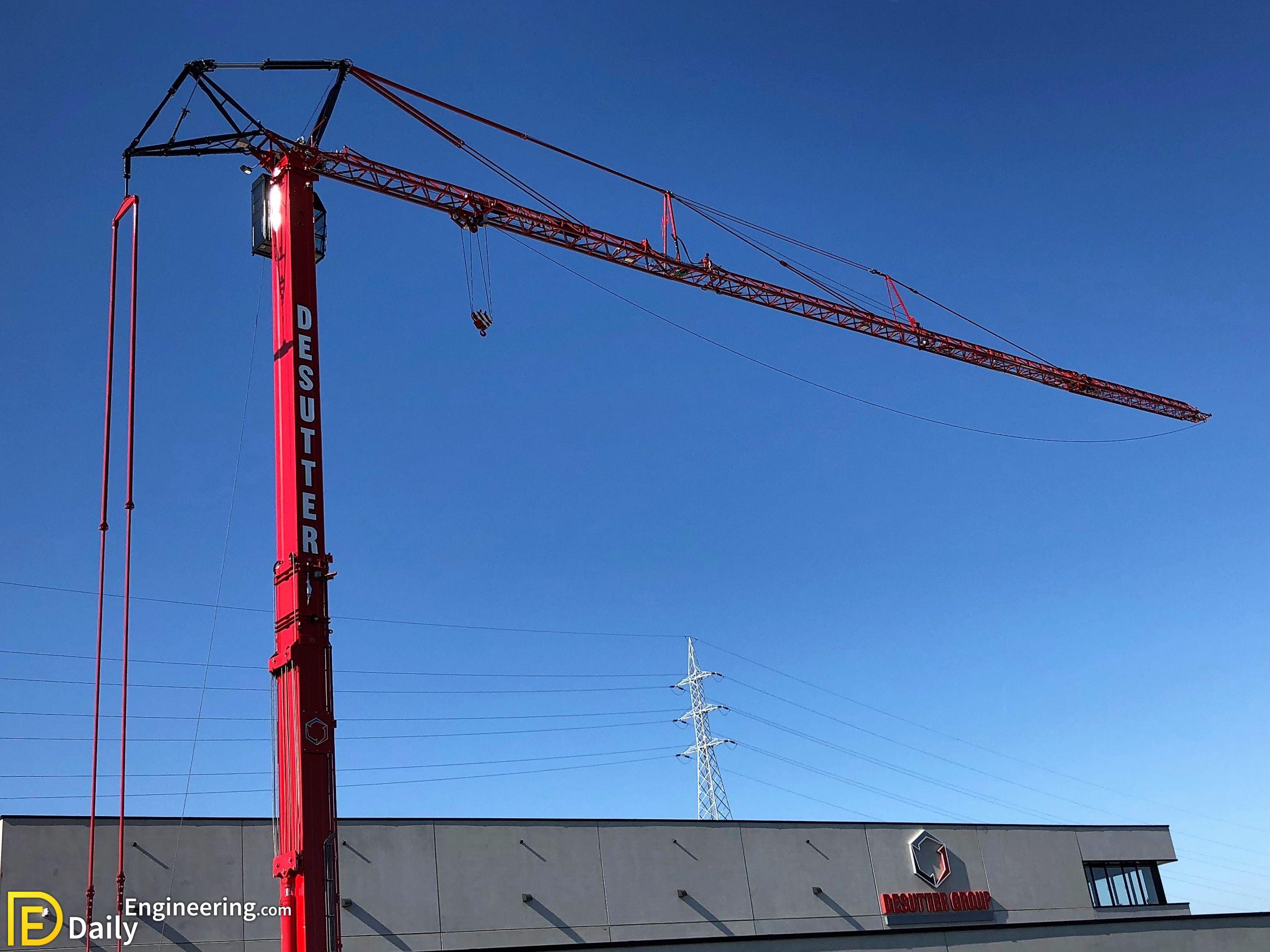 A crane truck is one that has a crane incorporated in its chassis, a temporary installation designed for frequent assemblies, disassemblies, and transfers. 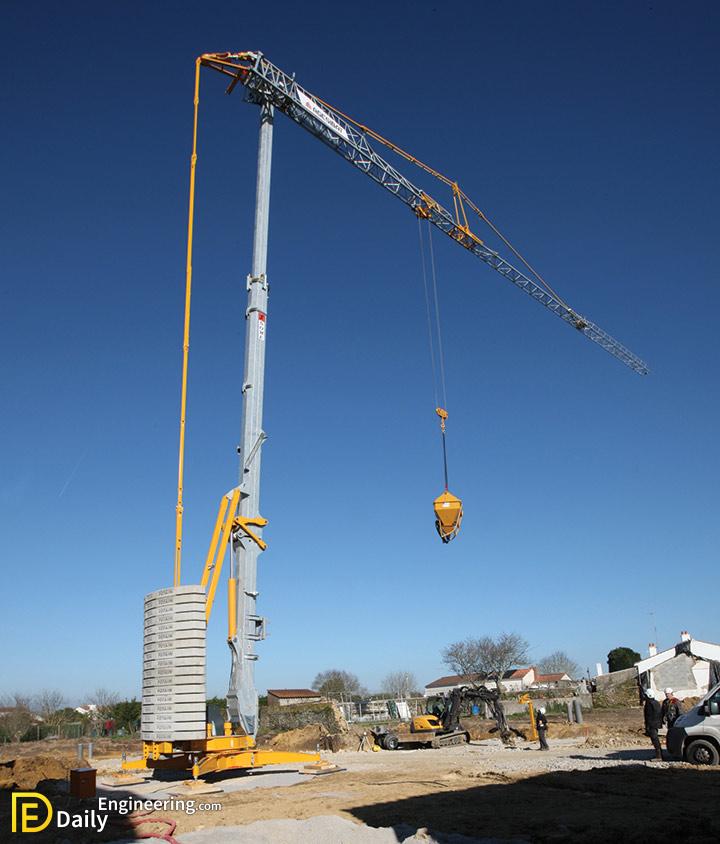 The tower crane whose tower is constituted by a single block and does not require additional structural elements for its installation. It can be provided with wheels to facilitate its movement – crane mobile tower – 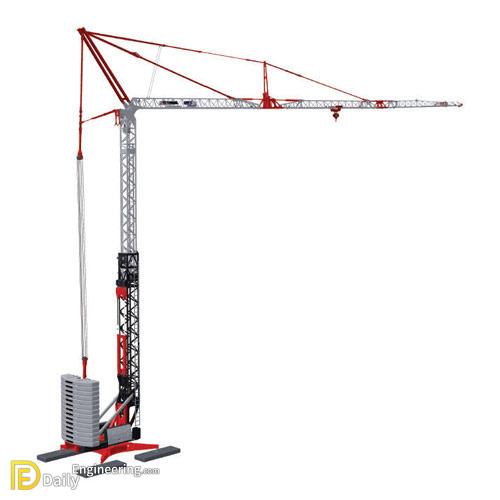 The climbing tower crane is an auxiliary means for lifting loads. It is installed on the structure of work under construction and moves from bottom to top by its own means; to the rhythm and as the construction progresses. 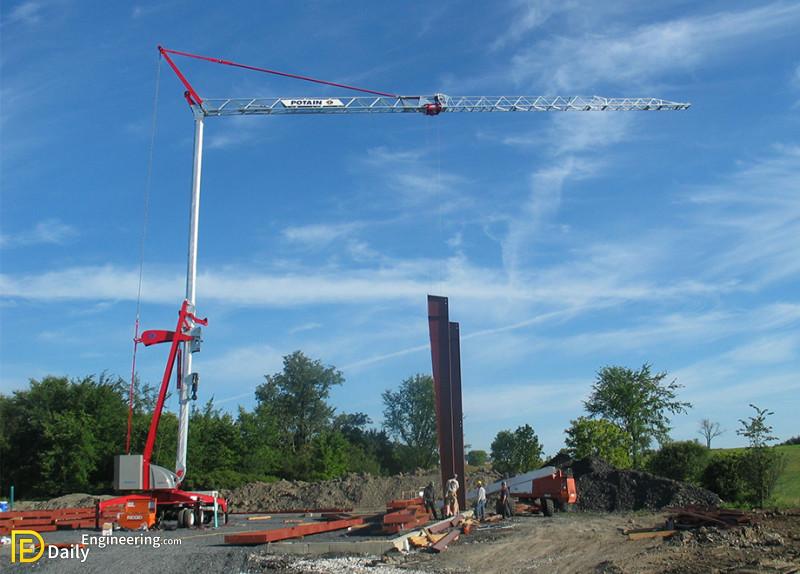 Nowadays the use of the tower crane in construction has become very common. We have them of all dimensions and capabilities. However, the foundation or support of the base of the crane can have new forms of support according to the reality of each work.

1- Not only can they be foundational supports,

2- those that go on metallic structures, 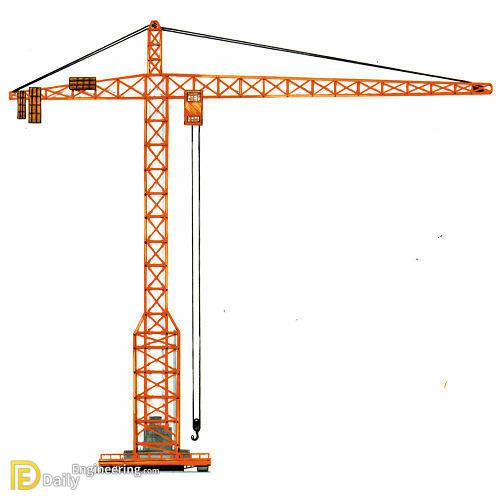 Operators maneuver the tower crane to lift, move, position, and place materials and equipment. They calculate the lifting capacity of the crane and determine the weight of the load, participate in the configuration and disassembly of the crane, and place and stabilize the crane before lifting.

Tasks and tasks of the tower crane operator:

2- Direct aides dedicated to blocking and stabilization placement under the cranes.

3- Load and unload the packages from the trucks and move the containers to the storage containers.

4- Move the levers, press the pedals and turn the dials to operate electromagnets or other mobile equipment to lift, move and place loads.

6- Weigh the packages, using floor scales and record the weights for the company records.

7- It cleans, lubricates, and maintains mechanisms such as cables, pulleys, and gripping devices, making the necessary repairs.

8- It directs the truck drivers who drive the vehicles back to the loading bays and secures the loads for delivery.

9- Inspect and adjust the mechanisms of the crane and lifting accessories to avoid breakdowns and damage. 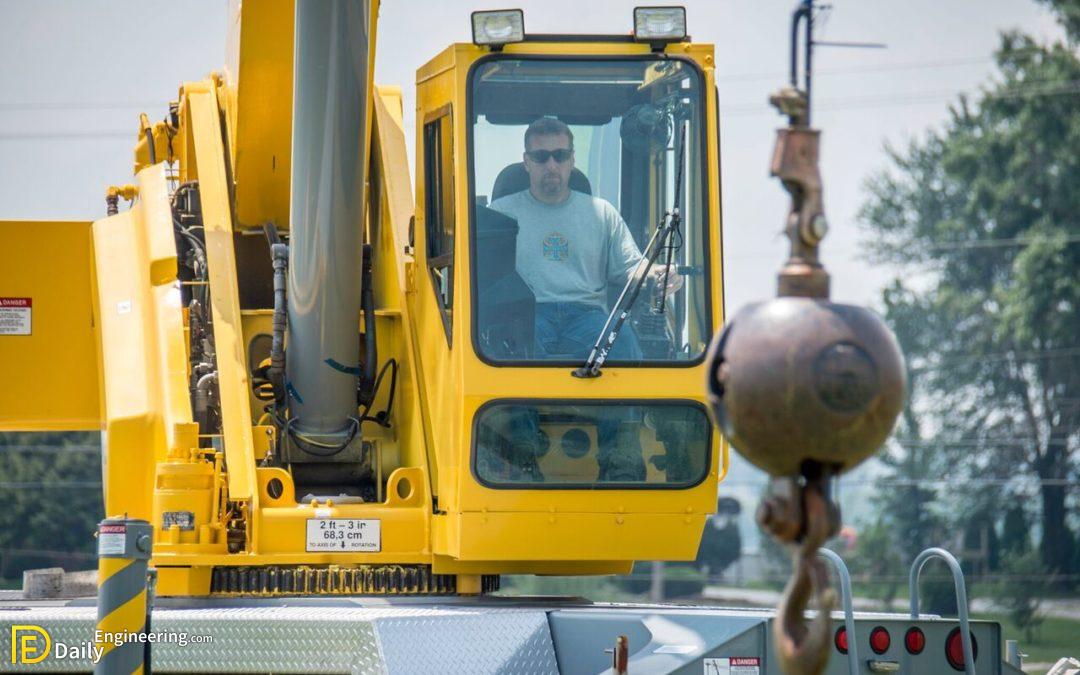 1- Do not carry out maneuvers with load, if you do not have a complete vision; otherwise, request a signalman to the work.

2- Do not lift loads that at a glance exceed the capacity of the crane.

3- Do not lift badly damaged loads and/or badly stowed. Always check that there are no loose materials that may come off and fall when stroking.

4- It is strictly forbidden to use strobe spells; as those who have cable press, etc.

5- It is recommended to always use shock absorbers or protectors, such as softwood or rubber, to protect the strobes and slings from the sharp edges of some load.

6- Never allow the load to go beyond the real reach of the crane pushed by the workers, because in these conditions, and because the movements are stopped, the load limiters do not operate and the maximum moment is increased.

7- Avoid that the loads move with abruptness and pendulum. If a pendulum or an oscillation occurs, do not make movements that could aggravate this phenomenon, stop turning causing the pendulum effect. Do not try to compensate with the dealer car.

1- Do not lift loads that are attached to walls or the ground, in case of very common occurrence when proceeding to dehorn.

2- Avoid impacts caused by jerks when lifting and/or lowering loads. You should not break or move the load suddenly.

3- The loads must be deposited stably, before being unhooked. Make sure that the personnel is outside the discharge sector, while this operation is being carried out.

4- Never try to drag or push any load on the ground, or at any level of work.

5- The load before being hoisted must be correctly centered and tied. When lifting or lowering, use appropriate slings: never improvise with cables or non-standard chains.