All of us like to drive cars. But a few of us knows the working of the power steering installed in the cars. Power steering has today become a standard fitment in almost all four-wheelers that we see plying on the roads. It provides easier maneuverability and a better degree of control over the vehicle, which makes driving all the more effort-free. 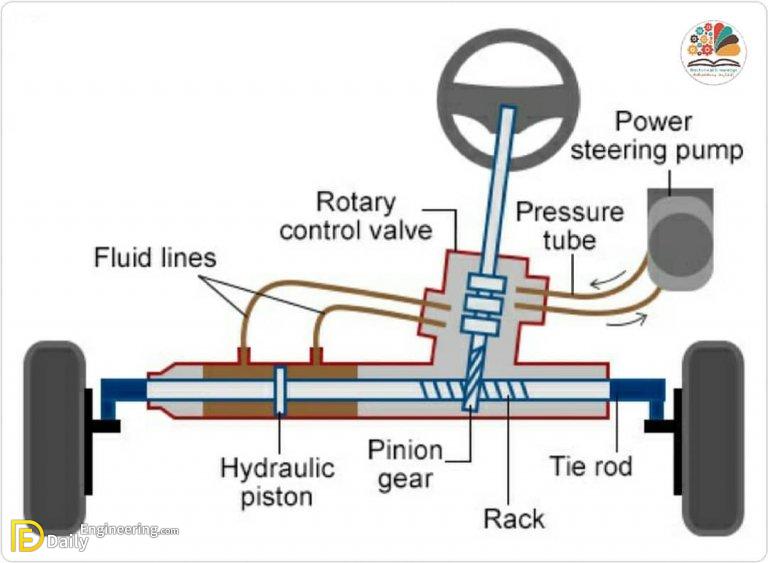 1- When the driver provides input by rotating the steering wheel, the hydraulic pump driven by the engine starts pumping the highly compressed hydraulic fluid through lines.

2- The hydraulic pressure produced by the pump enters the hydraulic cylinder which in turn applies pressure over the cylinder’s piston.

3- The piston which is under high pressure starts moving from one end to another which in turn pushes the further fluid through lines, with this movement of the piston the input force applied by the driver is multiplied several times.

4- This high-pressure fluid sent by the hydraulic cylinder then applies the pressure to the attached pinion through the coupling mechanism which in turn applies high force to the rack gear and the steering action in the front wheels takes place. 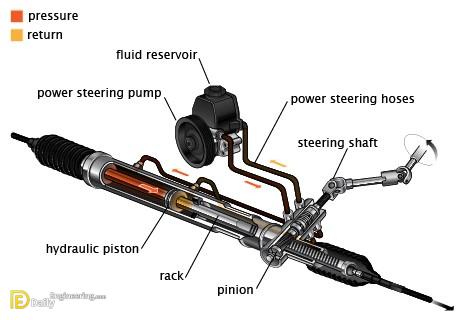 1- When the driver gives input through the steering wheel the electronic sensors attached to the steering column read the input and sent them to the electric control unit of the vehicle.

2- The ECU of the vehicle analyses these inputs and sent the voltage signal to the electric motor placed at the end of the steering column whose gear is in constant mesh with the pinion gear.

5- With this torque applied by the pinion over rack, rack moves which in turn steer the front wheels (with the help of the tie rods attached) as per the requirement.